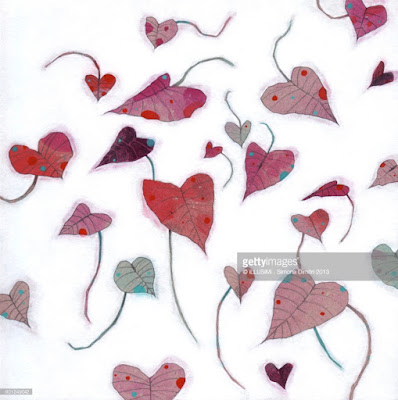 (few) new artworks now available in Getty / others will come... 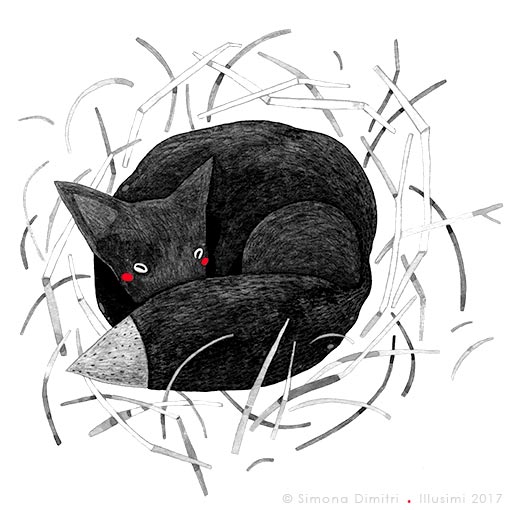 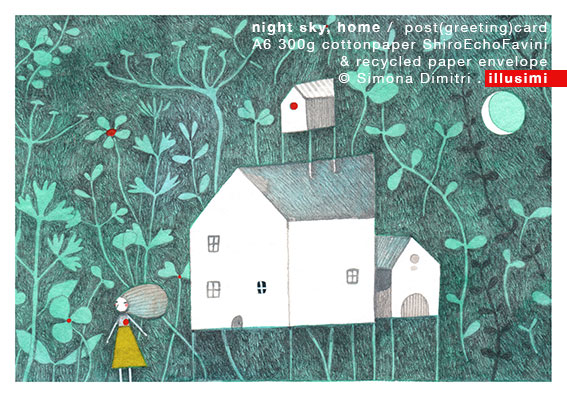 available in my on-line shop 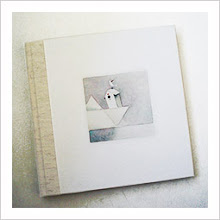 an unwritten book, now for SALE ! 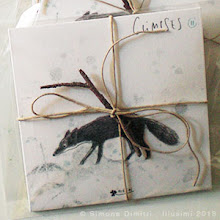 leporello / a little book of folded paper to stroll about (in circle) in the faint memories of the wood...

All artworks are copyrighted by me or the agency I work for. It is forbidden to download, copy, distribute and/or reproduce any of these images or text without prior permission of the copyright holders. Any further use may infringe copyright and may attract civil remedies and criminal penalties.

below a starry sky / print ! 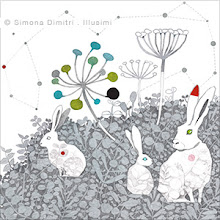 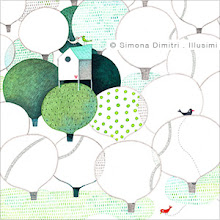 "my favorite place to sleep" 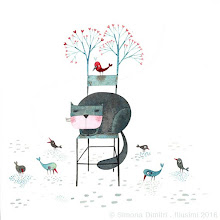 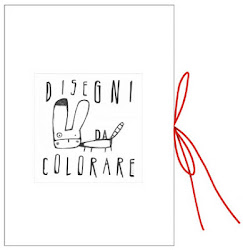 I am a painter and an illustrator.

Illustrations are a different thing. For the moment I would write about paintings, because it's with paintings that I'm free to do anything I feel, and anything I desire.

I like to draw my world, which is certainly more soft and light and gentle compared to the real one; it's an utopia. It's a world that is able to be in armony with itself. The humans are not so much present in it, the armony is visible among the nature and the animals. Sometimes in my paintings there are special kind of humans, winged humans, they have a different sensibility and because of that they have wings.

I try to add a little lightness to this weighty world, that I don't like too much as it is.

The lightness of my world is often similar to what I read. Sometimes I feel a particular feeling, as if what I read could be a precise part of me, and in such a case it's inevitable that some words melt in my colours, sometimes I want it, sometimes I don't know that it's happening, but it happens! I like so much when the words of a book appear so vivid in my mind, and suddenly my soul is squeezed by these words and all is so wonderful that I want to paint it. It's not so easy, to translate this kind of mood, because the idea that you have built in your mind is too wonderful, but there's a push that tell you that you must do it! Other time it's not so comprehensible, nor when happens neither the way in which these words take shape.

I like the childhood world. And I think it's very noticeable.

I like the childhood way to tell things, that isn't simple and superficial, but it is deep and goes straight to the heart, as a thin dressmaker's pin.

The childhood is more "real", despite what most of the grown people think. The world of the children is still linked to the primeval world, they feel better the things that are important, and often children are hurt from the grown people that consider these only as foolish things. The grown people have slowly lost the link with the earth and often they live in an unreal world, that seems real only because all the humans think that it is so... I like to be more child than adult.

When I start painting, sometimes It happens that the image is all in my head, so clear and vivid, and in these case it's hard to be able to reproduce exactly what my mind sees! Some other times the image take life one piece at once, during the work. I always give a lot of importance to colours. It happens that colours get more important than the subject! Colours can give all the feelings a painting needs.

I like using different techniques and supports, acrylics on panel, on paper, on grey cardboard or mix them with coloured pencils, or watercolours. Expecially in this last period, I like a lot doing this kind of mixtures, it's very satisfying.

So I draw, and I paint and I draw, and meanwhile I hold my cats on my knees.. Now that I live in Zurich, I have the woods outside my window and this is very nice because the trees can give the right breath, to work.

All the nature is a wonderful breath to take, every moment, for working and for living.

Now I live in Zürich, Switzerland.

I attended the Artistic lyceum and I had my certificate in the school year 1993/94, then I attended an illustration school in Milan (Civica Scuola Arte & Messaggio).

Then I worked for some little publishers and for advertising as freelance illustrator, and I took part to many international contests (always in the field of illustrations for children). Sometimes my artworks were selected for the final exhibitions. In these years I had my first contact with the agency that works as intermediary between me and the publishers (Milan Illustrations Agency) for which I am still working now, for what concerns children's books.

Meanwhile I frequented a multimedia-visual communication course and after that, I started working in a graphic-studio in Milan (Playstos). I worked there for about six years, between March 2000 and December 2006, where I mainly made texture for 3D models. In the last period in the studio I had my first real work for a children's book (Harcourt Education) and after this I had some other works to do for the agency, so I took the decision to leave the studio to start working by myself.

And so "ILLUSIMI" was born. This was my little atelier in a small city near Milan, where I worked and sold my paintings, and where people came to meet me and see my works, and sometimes also to ask for something special like a tailor-made painting, etc.

I drawn some children's books for english publishers like Evans Brothers, Ladybird and Usborne; and also one title for Giunti in Italy. I have a collaboration, from several years, with LAV (an animal rights' association) for their children's magazine "Piccole Impronte".

About the paintings, I started to work with some galleries and shops in Italy, some of these have been just short relationships, but with two of these I still have a very good collaboration.

They are Milonga in Milan and Arcanami in Pistoia (Tuscany) that expose and sell my paintings and drawings.

Now I live in Zürich. I'm still working for children's books and I hope to open soon my new Atelier here! (I'm still looking for a space, for the moment). Here I have a collaboration with a little Gallery and studio in Baden, with Artecorum Gallery in Zürich Old Town, and I started also a very nice relationship with petiteposte. Some of my artworks were turned into postcards for sale in their website, and occasionally we did some special editions of handmade postcards or theme artworks for special times.

I take care of my website and also of my blog, where I often add the last artworks at which I'm working about ...just fresh things from my working table.

I like walking in the wood and in the mountain, reading, listening music and also the chirp of birds, my two cats, playing badminton and, of course, drawing!